Skip to Main Content
Phase 3 of our campus reopening began Aug. 3. Offices are open, but operations may be modified for safety concerns. Read our plan or view updates for our COVID-19 response. 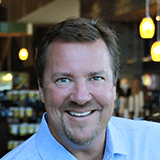 Mark Cleveland is a serial entrepreneur, acquiring or starting dozens of companies—including transportation services, information systems, commercial real estate, and manufacturing, from bicycles to textiles and consumer electronics. He is co-founder and CEO of Hytch, whose ride-sharing app matches friends, neighbors, and co-workers with a common trip to save money and reduce traffic. He is planning to build the Stanza Nashville, a tech-savvy, minimalist boutique hotel. For two years, for two different companies, Nashville Business Journal identified Mark as one of the region's Most Admired CEOs. He won the 2014 and 2015 Williamson County Impact Award and was named 2014 Entrepreneur of the Year by Nashville's Chamber of Commerce and the Entrepreneur Center. 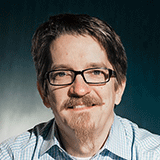 Jonathan Eby is vice-president of operations for Naxos of America , the world's leading classical music label and distributor. With more than 20 years of experience in IT, personnel management, and business operations, he has been instrumental in managing Naxos from a $4 million dollar physical distribution company to a $40 million dollar digital distribution, marketing, licensing, and educational/consumer technology powerhouse. Jonathan has been married to his childhood sweetheart for 20 years and is the father of seven children. 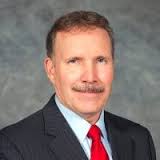 Patrick Geho is a Jones College of Business management professor, also on assignment to the President’s Division, serving as Cabinet member and state executive director of the Tennessee Small Business Development Center. Previously Geho was co-founder of SCIC, a tier II automotive subassembly and metal coating manufacturing plant serving Dana Corporation, Chrysler, General Motors, Mercedes, Nissan, and Toyota. As CEO he grew the plant to over 130 employees. He was co-founder of Consolidated Investors, a firm specializing in development of commercial and industrial properties. 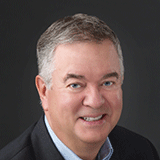 Phil Gibbs is founding principal of corporate innovation lab The Disruption Lab, having co-founded multiple companies, been an early-stage investment firm principal, and worked in and consulted with large corporations. He co-founded and serves as CEO of LifeFilez, focused on organization and access to important documents. He co-founded and served as CEO of E|SPACES, an industry-disruptive work and meeting space. The consulting firm he founded and led for over a decade, Executive Learning, was a leading change agent focused on continual improvement, particularly in healthcare. He holds a bachelor's  from Lipscomb University, a master's from Auburn University, and a doctorate from Ohio State University. 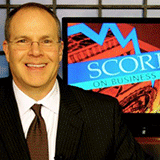 Pete Hendrix is a serial entrepreneur. His current business, Integritec, provides technology infrastructure solutions and data/analytics consulting for the mid market and above. Before striking out on his own, he earned an MBA from Georgia State University and spent a decade as a sales professional. He also produces content for and hosts "Score on Business," a cable television show focused on enabling greater success for entrepreneurs in middle Tennessee. 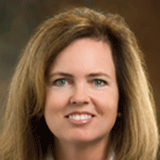 Tara MacDougall moved to Murfreesboro with her young family in 1994 from Los Alamos, where she created and co-hosted a public television show on New Mexico health issues. She joined Northwestern Mutual Financial Network in Nashville in 2002 as a financial advisor, building a clientele and broadening her professional qualifications and reputation for outstanding community service. In June 2012 she became CEO of Discovery Center, a 32,000 square-foot children’s museum and science center adjacent to 20 acres of wetlands. Recently she was recognized as an ATHENA nominee and given a Women in Business award. 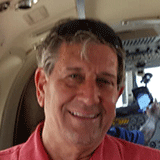 Peter Marcum has a long history of growing businesses related to technology. Peter has either founded or co-founded Computerland, Nashville Computer Liquidators, Essex Technology Group/Bargain Hunt stores, WV Fiber, UseNetServer, and his current business, DevDigital, a growing Nashville software developer formed in 2008. Marcum oversees the organization's growth by leveraging its unique business models, including software as a service (SAAS), equity ventures, partnerships, and work for hire. As of April 2016, DevDigital has a staff of 18 in Nashville and 65 at its subsidiary in Baroda, India. DevDigital has completed hundreds of projects ranging from small initiatives to large undertakings. 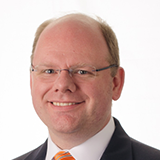