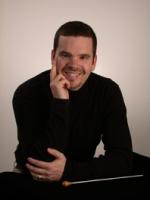 Dr. Reed Thomas is the Director of Bands and a full Professor of Music and conducting at Middle Tennessee State University. His responsibilities include conducting the Wind Ensemble and University Chamber Winds, teaching undergraduate courses in conducting and instrumental methods, graduate courses in conducting and wind and orchestral repertoire, and he guides all aspects of MTSU band program. He is the founding conductor of the Three Rivers Wind Symphony, a professional group of wind and percussion players from Northeast Indiana and was the Conductor of the Littleton Chamber Winds in Littleton, Colorado from 1997-99. Additionally, Dr. Thomas has been a guest conductor for the Littleton Symphony, the Ft. Wayne Community Orchestra, and several Youth Symphonies in Indiana, Colorado, and Utah.

Dr. Thomas is an active conductor and clinician who has received praise and critical acclaim for his artistic interpretations, thorough preparation, and innovative programming. His groups have been invited to perform at venues throughout the United States, China, and South Korea. Beginning in 2002, Dr. Thomas began his relationship with bands from Asia and has been invited as a guest conductor and lecturer by the Korean Band Association, the Macau Band Directors Association, the Hong Kong Band Directors Association and the Hong Kong Music Office. In the summer of 2005, the MTSU Wind Ensemble was invited and performed at the Jeju International Band Festival in South Korea and in several cities in South Korea. In 2007, this group has been invited and is scheduled to perform in Hong Kong, Macau, and China.

Dr. Thomas is an avid supporter of new music, commissioning over 10 compositions since 2003. He has received critical acclaim from composers such as Shafer Mahoney, Peter Fischer, Jamie Simmons, Robert Bradshaw, and from performers such as Steve Houghton and Eddie Daniels for his interpretive conducting.

A native of Colorado, Dr. Thomas received his Ph.D. in Music with an emphasis in conducting from the University of Minnesota and both his Master's and Bachelor's degrees in Music Education from the University of Utah. He has studied with such noted conductors as Craig Kirchhoff, John Whitwell, Donald Schleicher, and Loel Hepworth and has studied in master classes with Frederick Fennell, Alan McMurray, Tim Salzman, and Mallory Thompson. He is also an active performer most recently playing clarinet and bass clarinet with the Fort Wayne Philharmonic. He is retired from the US Army National Guard where he served for over 20 years as a conductor, clarinet, and saxophone player. Prior to his appointment at MTSU, Dr. Thomas held positions as the Director of Instrumental Studies at Indiana-Purdue University Ft. Wayne in Indiana and as the Director of Bands at Adams State College in Colorado and taught at two public high schools in Utah. He is a member of the College Band Directors National Association, the National Band Association, the Conductors Guild, Music Educators National Conference, Middle Tennessee School Band and Orchestra Association, Pi Kappa Lambda, and Kappa Kappa Psi. 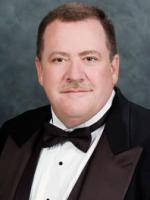 Craig S. Cornish is the Associate Director of Bands and Director of the Band of Blue Marching Band at Middle Tennessee State University. His responsibilities include serving as conductor of the MTSU Symphonic Band, coordinator of the athletic bands, and teaching undergraduate and graduate courses in music education.

Prior to coming to Murfreesboro, Cornish held a similar position at the University of Nebraska - Lincoln. The UNL Cornhusker Marching Band was seen by millions of viewers and spectators in the 1998 Holiday Bowl, the 1999 Fiesta Bowl, the 2000 Alamo Bowl, and the 2001 Tournament of Roses and Parade. The University of Nebraska Symphonic Band performed for the 2000 N.S.B.A. Convention. He was honored for his efforts at Nebraska as a four-time recipient of the Outstanding Contribution to Students Award.

Holding his undergraduate and graduate music education degrees from the University of Kentucky, Cornish is a member of the National Band Association, the Music Educators National Conference, the Tennessee Music Educators Association, Phi Beta Mu, and is an honorary member of Kappa Kappa Psi and Pi Kappa Lambda. Honors awarded to Cornish include four National Band Association Citations of Merit for Marching Excellence, four National Band Association Certificates of Merit for Outstanding Achievement in Concert Band, three selections to Who's Who of American Teachers, the Mid-West International Band and Orchestra Clinic Medal of Honor, the 1986 Hardin County Teacher of the Year Award, the 1988 Kentucky Music Educators Association's District Music Teacher of the Year Award, and the 1996 Phi Beta Mu Kentucky Bandmaster of the Year Award. He is a professional marching band show designer, having written over 250 award-winning marching shows during a twenty-five year career. He is active as a clinician and adjudicator throughout the United States. 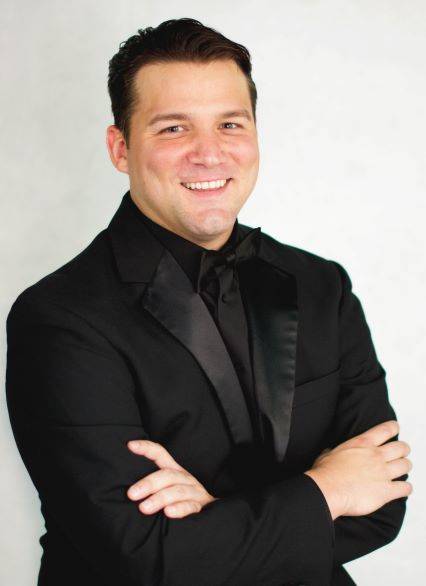 Dennis A. Hawkins, Jr. has facilitated performances on the podium as a conductor, in ensembles as a trumpet player, in lecture-based courses as an instructor, and administratively as a certified nonprofit professional. Hawkins has a passion for teaching that continues to be cultivated through the support of many mentors with whom he has had the privilege of studying. He finds great inspiration through collaborations with guest artists, composers, educators, and students.

Hawkins has recently had research published by the International Women's Brass Conference. A commissioning project with The Paper Days, a contemporary folk band based in the Twin Cities, resulted in the creation of a piece for contemporary folk band and wind band. This three-movement work attempts to prove that the unique characteristics of a contemporary folk band and the strengths of a wind band do not have to exist exclusive of one another. Previous engagements include serving in varying capacities with the University of Nevada, University of Minnesota, The United States Army Band "Pershing's Own", Metro Brass, Minnesota Chorale, St. Croix Valley Symphony Orchestra, Medalist Concert Band, Dana Faculty Brass Quintet, Brevard Music Center, Warren Philharmonic Orchestra, Opera Western Reserve, American Wind Symphony, Youngstown Symphony Orchestra, and the Youngstown State University Foundation.

Jennifer Stembridge is the University Bands Coordinator and began her career with the Middle Tennessee State University School of Music in 1995. Her primary responsibilities include managing the band budgets, facilitating all needs of the Band of Blue, Wind Ensemble, and Symphonic Band, as well as coordinating the annual Contest of Champions Marching Band Competition and the Tennessee Wind Band Conference. She administers the bands social media sites, assists with managing the dance team and plays an active role in recruiting.

Prior to coming to MTSU, Jennifer was an Assistant Vice President for Bank of America where she taught sales and management classes. She also spent several years in the retail banking division. While at Bank of America, Jennifer received a total of six Exceptional Performance Awards for her design and delivery of training materials, produced two videos, and received two Service Excellence Awards for providing outstanding customer service.

Jennifer received her associate's degree in business administration from Sierra College in Northern California.  In her spare time, she enjoys spending time with her family, riding horses and knitting.