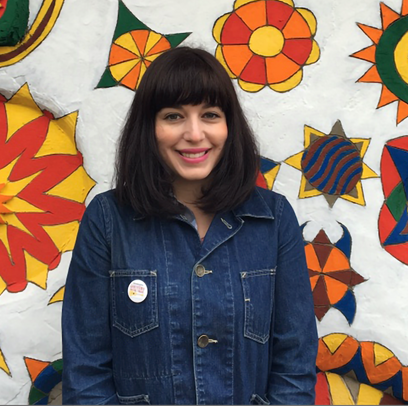 Amanda Marie Martinez is an MTSU Diversity Dissertation Fellow who is teaching in the Department of Recording Industry, where she teaches the History of Country Music and From Old Time Music to Old Town Road: Race and the Country Music Industry From the 1920s to the Present.

She is a Ph.D. candidate in the history department at the University of California, Los Angeles and is expected to complete her degree this spring.

Her work focuses on how race, pop culture and capitalism intersect, with a special focus on country music. Her dissertation is called “The Industry Is Playing the People Cheap’: Race and the Country Music Business in the Age of the New Right, 1969-1998.”

She says, “‘The Industry is Playing the People Cheap’: Race and the Country Music Business in the Age of the New Right, 1969-1998” reframes the country music genre as the product of Black and Brown artists and listeners, and reveals how the music industry disregarded the music’s multiracial and multiethnic roots and embraced a politics of white conservatism. I argue that while Black and Brown artists resisted the industry’s exclusionary marketing practices and suggested country music had the potential to become a symbol of multiracialism, the music business instead found it more financially valuable to cling to the optics of whiteness. During the rise of the New Right, I reveal how the music industry branded country as the sound of wholesome, family-friendly white conservatism.”

Her article, "Suburban Cowboy: Country Music, Punk, and the Struggle Over Space in Orange County, 1978-1981," won California History’s Richard J. Orsi Prize for the best article published in that journal in 2021. Her article, “Redneck Chic: Race and the Country Music Industry in the 1970s,” published in Journal of Popular Music Studies, won a Ruth A. Solie Award, which is given annually by the American Musicological Society for a collection of musicological essays of exceptional merit. She has also written for the Journal of Popular Music Studies, California History, NPR, the Los Angeles Times, and Washington Post.

She is a former Doris G. Quinn Foundation Fellow, and has received fellowship support from the Wilson Library at the University of North Carolina at Chapel Hill, in addition to several other grants.

Here is a link to recent Nashville Scene story on her: https://www.nashvillescene.com/music/coverstory/country-music-almanac-2022-learn-the-past-know-the-present/article_9f61d4a0-7891-11ec-9a99-efd87af32fcb.html

She spoke to Beverly Keel about researching racism in country music, discovering Freddy Fender and addressing her students’ preconceived notions in music.