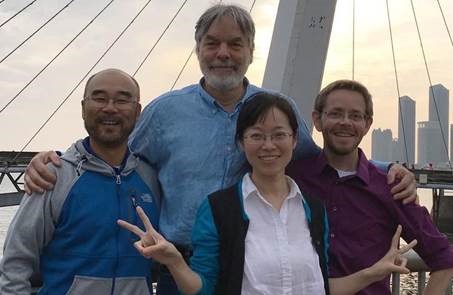 Media Arts Professor Robert Kalwinsky has a bachelor’s degree from Temple University, a master’s degree from San Diego State University and a Ph.D. from the University of Iowa. Dr. Kalwinsky's interests include digital media and new media theory, health communication and television production.

His published research includes articles in the Journal of Communication Inquiry and the Journal of Transcultural Nursing, and he is an active member of several national and international organizations, including Kappa Tau Alpha and the International Digital Media Arts Association.

He spoke to Beverly Keel about researching tweets and flipped classrooms, as well as adjusting to an academic setting after working in television and knowing Fred Rogers and Carl Sagan.