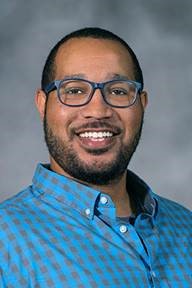 He was listed at No. 3 on the Black Enterprise list of “33 Black Scholars You Should Know.”

His recent work includes the Poster Presentation, “JMC Deans of Color Lead with a Purpose: A Qualitative Study,” at the 2019 AEJMC Convention in Toronto, Canada, and a refereed paper presentation and panel session by the same name at the 2019 AEJMC Southeast Colloquium at the University of South Carolina.

He spoke to Beverly Keel about his upcoming textbook, research of the portrayal of Black men on TV news and his love of the Dallas Cowboys.