Welcome to the MTSU Department of Philosophy and Religious Studies. Alumni Page. Below are reports from some of our former philosophy majors about how, what, and where they might be doing whatever they're doing. We would encourage those Philosophy Alumni who haven't submitted information about themselves since graduating to please do so. We would love to hear from you. If you would like to submit a couple of paragraphs about what you've been doing since you graduated, please send your info with a picture or two to the Department of Philosophy and Religious Studies. . 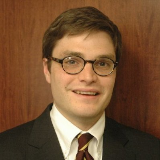 Michael graduated with a B.A. in Philosophy from MTSU in December 2010. He attended law school at the University of Tennessee College of Law, graduating summa cum laude in May 2014. While in law school, Michael served as the Editor-in-Chief of the Tennessee Law Review and as a member of Transactions: The Tennessee Journal of Business Law. He was named the Outstanding Graduate of the Class of 2014 and the Top Collegiate Scholar for the College of Law. He also won several awards, including the Harshfield Award for Excellence in Civil Procedure, the Knoxville Auxiliary to the Tennessee Bar Association Award, and the Herbert L. Davis Memorial Trust Fund Award. He has also published several scholarly articles, focusing primarily on civil procedure and individuals' substantive and procedural rights.

After graduation, Michael will be spending a year clerking for the chief judge of a federal district court and another year clerking for a federal circuit court judge. He has also accepted a job in the litigation department of a regional law firm in Nashville following his clerkships.

About his experience studying in the Philosophy and Religious StudiesDepartment, he says, "I am deeply grateful for the personal attention the professors in the department gave me during my time at MTSU. To my mind, a degree in Philosophy is the best value available at the university. The professors have an unwavering commitment to each of their students, not only in terms of academics, but also in their personal growth and well-being. I can trace any success I have experienced to my decision as a freshman to pursue a degree in the department. Concerning law school specifically, I can think of no better preparation than a degree in Philosophy, as it combines exposure to great political thinkers, substantial writing experience concerning abstract thought, and an insistence on rigorous, analytic reasoning."

Since graduating Tyler has "been living in NYC and working as a New York City Teaching Fellow. As part of my fellowship, I completed a M.S. in childhood education with a concentration in teaching students with disabilities. I've been teaching elementary school students with autism and emotional disturbances in the Bronx. My wife and I will be moving back to Nashville soon, and I'll be starting law school at Vanderbilt this fall."

Stephanie successfully defended her masters thesis and has been accepted into a program for art history at the University of Glasgow in Scotland. She's extremely excited about the opportunity to live abroad for the year. Stephanie has also had a paper accepted into the "Diverse Lineages of Existentialism" conference in St. Louis for summer 2014.

Elizabeth graduated in May of 2013 and  is currently preparing to take the GRE, after which she will be applying to graduate programs in Philosophy, English, and Nursing, planning to begin a graduate program in the Fall of 2015. She is currently working locally as an accountant's assistant and claims specialist for a local restoration company.

Nelson graduated in May of 2012, and recently moved from one program/university to another. He is currently pursuing an MFA in creative writing at University of the South. Of his experience studying philosophy at MTSU, he says, "I am, however, incredibly grateful and thankful for every single moment I spent in philosophy and for everything I learned there. I wouldn't change a thing about my philosophy education, it was truly one of the great experiences of my college career."

Charlie Burns graduated with a B.A. in philosophy from MTSU in 2011. After graduation, he attended Chicago-Kent College of Law, specializing in labor and employment law. He will graduate in May of 2014, and has accepted a job with a labor law firm in Chicago representing labor unions and employees.

About his experience at MSTU he says: "I loved every minute of my education in MTSU's Department of Philosophy and Religious Studies. In addition to playing a crucial role in my intellectual and academic development, the camaraderie with and commitment to their students displayed by the faculty is truly special. Whether in class or outside on the JUB steps, my philosophy professors without fail impressed me with their knowledge and passion."

Crystal graduated in May of 2013. She is currently employed in management at Enterprise Holdings.

Kaity graduated in May of 2013. She has accepted an offer, for the coming academic year, with full funding, for the graduate program in philosophy at Pennsylvania State University, aka Penn State.

Billy is expected to graduate in May 2014. He has accepted an offer for the coming academic year, with full funding, for the graduate program in philosophy at Marquette University. Billy has also recently published an essay in the undergraduate philosophy journal, Philologoi. 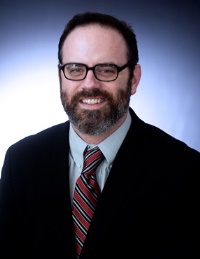 Steven is currently pursuing a JD at Gonzaga University School of Law.

My experience with the Department of Philosophy and Religious Studies. at MTSU was tremendous.  The thoughtful and encouraging professors gave me confidence and advice that prepared me for the critical analysis necessary to succeed in graduate school.  Far more than just a survey of introspective authors, Dr. Ron Bombardi, Dr. Jack Purcell, Dr. Clarence Jones, and the other MTSU Philosophy professors I had the pleasure of learning from helped me understand the deeper meanings and contexts of the great writers.  I never enjoyed Plato so much as in Dr. Purcell's class, and, in my opinion, Dr. Ron Bombardi teaching Elementary Logic should be required for all students at MTSU.

Brian has published articles in the European Journal of Philosophy, Kant-Studien, Kantian Review, and British Journal for the History of Philosophy. Additionally, he has contributed a translation for a forthcoming publication ( The Neo-Kantian Reader: An Anthology of Primary Texts) and has presented numerous articles at professional conferences. 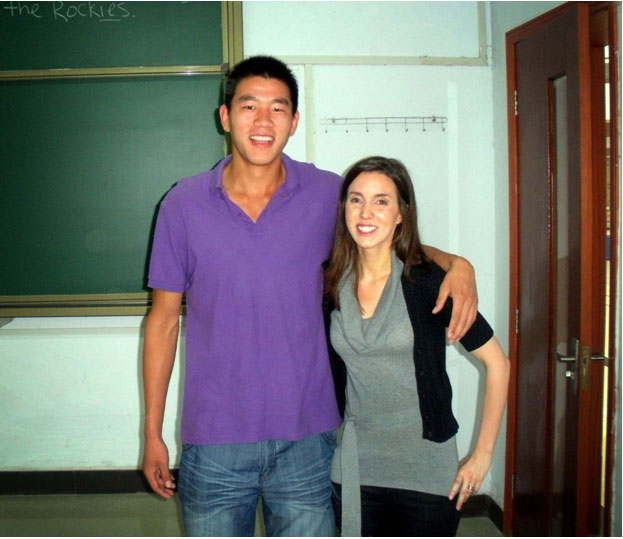 My name is Erin Green, and I got my BA in Philosophy from MTSU in 2009. I am currently living in China teaching at an international university in the Henan Province. My husband and I are having a great time here! When we're not teaching or trying to learn Chinese, we enjoy traveling around China, playing sports, spending time with friends, and getting involved in all kinds of other fun activities. I am also currently taking a class on Chinese Philosophy at the university, which has been very interesting!

I am incredibly thankful for my time with the Department of Philosophy and Religious Studies. at MTSU. The professors are brilliant, yet so down to earth. The critical thinking skills that I learned through the Philosophy major have been extremely beneficial to me. I've been attempting to teach critical thinking skills to my students, and I feel that I am making a difference as that subject is not taught very widely here in China. I truly cannot convey how valuable both my time at MTSU and my degree are to me. 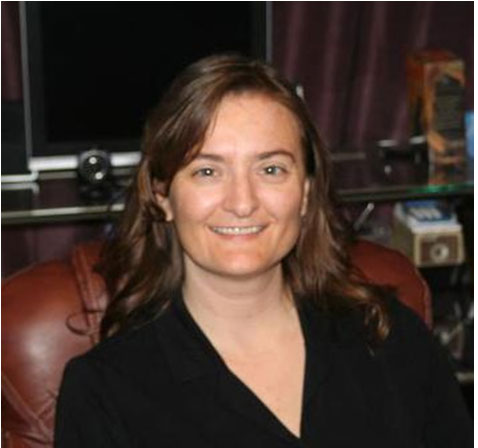 Debra Jackson received her BA in philosophy from MTSU in 1996 and her PhD in philosophy from Purdue University in 2002. She is currently Assistant Professor of Philosophy at California State University, Bakersfield. She specializes in feminist philosophy, continental philosophy, social and political philosophy, and critical thinking. She participated in the 2003 NEH Summer Seminar on Feminist Epistemologies at the Pennsylvania State University and has been a two-time fellow at the Feminism and Legal Theory Project at Emory University School of Law. She has published essays on identity politics and gaming, sexual violence discourse, and biotechnology, has published a critical thinking textbook, and has just had a paper on witnessing trauma accepted for a book on new approaches to trauma studies.

About her experience at MSTU she says, "My years at MTSU were among the best of my life. They formed my passion for learning and my commitment to social justice. I am most grateful to the Department of Philosophy and Religious Studies., the Women Studies faculty, and the Honors Program for providing me with a rich, engaging educational experience. Outside of my excellent courses, I had the opportunity to attend exciting lectures and conferences, most notably the Women and Power Conference and the Applied Philosophy Lyceum. I also was fortunate to develop close, life-long relationships with faculty that have inspired and challenged me to become a dedicated teacher and scholar. As a professor at a state university, I strive to provide my students with the kinds of experiences that I benefited from at MTSU."